.@carmeloanthony: “We are still trying to find our identity as a team.” #Knicks pic.twitter.com/bpeXeLZP7F

.@drose: “Our defense should be able to get us out in the open court.” #Knicks pic.twitter.com/EP0NTAvaDv

Hornacek: "We have to let them grow through this." #Knicks pic.twitter.com/C11kKKcfpF

LOS ANGELES—Knicks guard Derrick Rose, testifying for a second day in his civil sexual-assault trial here Tuesday, said the plaintiff in the case initiated the sex they had on an August night in 2013, and that he began to suspect that she would claim she was raped mere hours after the encounter.

Meanwhile, the judge in the case openly pondered whether to declare a mistrial in Rose’s case after learning that the plaintiff’s attorneys might have failed to disclose several key text messages to the defense ahead of the trial.

Rose said he became suspicious when the plaintiff texted him later that morning, saying she’d burned her hands in a fire pit at Rose’s rental house the previous night during a party in August 2013. “My hand bubbled up from the burns I was so wasted,” the text read. Rose didn’t respond to the message.” 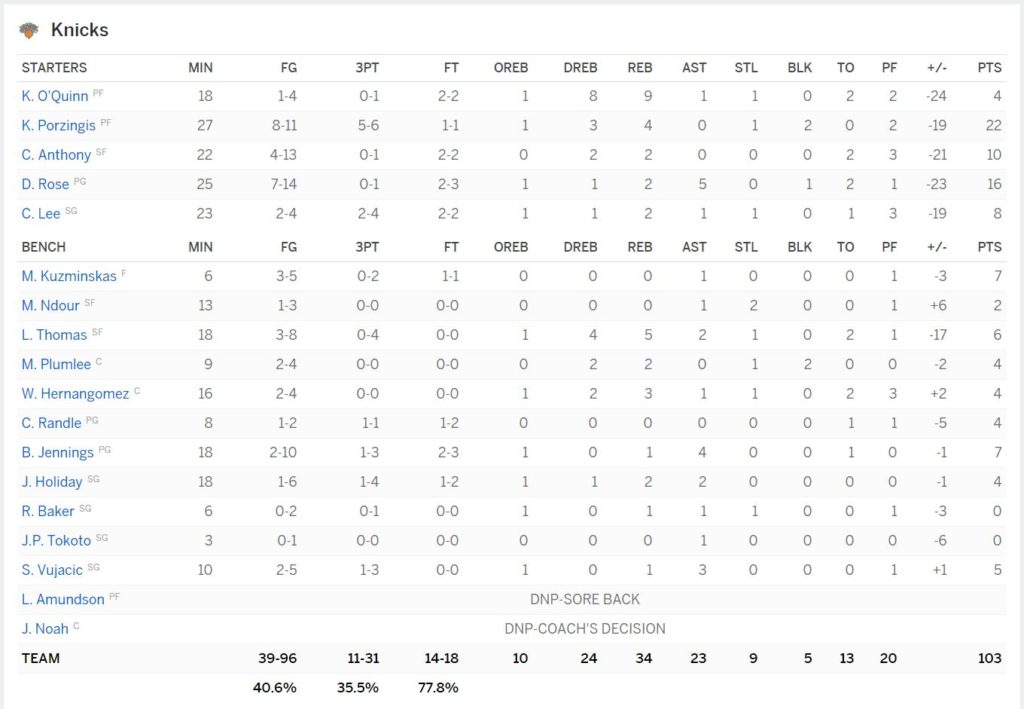 Considering they didn’t prepare defensively for this game, I’d say they did a decent job.

I know I pumped that up too much but in MY opinion, This scrimmage video is the best I’ve seen the Knicks look in the last 3 years at least.